A dear missionary shared this quote with us in Israel, which deeply touched our hearts.

"Spiritually speaking, it is sunrise here in Israel, and sunset in America.” ~Unknown

The Lord is working and bringing LIFE to His people.  We have spoken with missionaries, pastors, evangelists in the land of Israel, and we are hearing about many who are coming to Yeshua like never before!  These are exciting times! We have had the blessed opportunity to share with many Jews, the Life-Saving gospel of Jesus Christ on this trip.  It has been truly amazing, and such an honor to share the Messiah (Meshiach) with the people who should know Him better than we do.  We have seen some stick out their tongues, others shake their heads and pat their Kippah, but then we have seen some that have been touched to the deepest place of the soul.  Anat was one of them.


Yesterday morning, the Lord answered my prayer.  For several weeks, I asked the Lord to give me an Orthodox Jewish woman who I could be friends with and share Yeshua with.  It was a strong desire I had to learn about their culture, their ways, their life.  One day while in Tiberias, Faith and I were late to breakfast, and it was almost closing.  We gathered our fruits and a few hot items, and found a table near the buffet.  We sat down, we prayed together, and we began eating.  As we were eating and sharing together and just talking, an Orthodox woman behind us, was listening.  I didn’t think much of it at the time, just someone curious about what we were discussing.  We prayed over our food and continued talking together.  She was sitting alone, eating her breakfast.  After several minutes, I could tell that she was listening to us intently, inquisitively. Finally, she spoke up, and asked… “Where are you from?”  I was surprised and excited to be speaking with her, and I told her that we are from America.

The conversation began to open up, and I could tell that she wasn’t satisfied with any short answers.  She wanted to know about me.  She wanted to ask more questions.  So I asked her if I could sit with her at her table, and she was very welcoming and said, “Of course”!... So we moved our things to her table and began to talk more.

She wanted to know about Faith.  She asked me about how we educate her.  She is a schoolteacher for special needs children from K-3rd grades.  She began opening up about her life, her 3 children, her husband who is a banker.  It was so wonderful!  She told me she is Jewish, and asked me if I was too.  I was also wearing my head-covering and modest dress, so she was assuming we were Jewish from America.  I told her that we are Christians and followers of Yeshua, which I could tell was a surprise.  She told me that she loves Americans, and she loves all people.  I was thankful for that answer, and let her know that we love the Jewish people and we love Israel so much!  There was a bond happening.  She wanted to talk more, so we did.

She was sharing things with me about how I should help Faith with muscle training, and strengthen her arms and her wrists and fingers.  It was an interesting topic.  She said that we need to focus her more on her upper body strength, not just leg strength.  Funny the things that were important to her.  I would have never dreamed we would be having this talk, but I was listening to her and her experience.  She was sharing that if we don’t focus on upper body strength with our children, that they can have problems later.  :) I was learning things from her, and she from me.  At first, she was telling me that children need to be in regular schools, but after I shared with her some of the corruption in the schools in the US, she changed her mind about that.  She told me that she now thinks it is better for us to homeschool.  She was encouraging me to get a tutor if needed, to make sure she is able to learn if I am not able to teach her things.  It was a really great conversation.

After talking for quite a while, I asked her if I could share something I’ve been working on.  I’ve been memorizing a portion of the Tanach (Old Testament), and I asked her if I could share it with her.  At first, she said … “Well, I don’t know if I am allowed to listen to this from you.”  And then I assured her that what I was going to share was ONLY from the Tanach, so she agreed and said, “If it is ONLY from Tanach, I can listen… please tell me.”  SO I gave her my phone, and she was reading along, and I was speaking and sharing the verses from Isaiah 53:3-7 that I’ve been memorizing.  As I began sharing it, she was visibly being touched by the Lord.  She was so hungry to hear these words, and she wanted to hear more.  As I got to verse 5, she said, “Please stop….. (so I stopped).... And then she said, “I don’t understand what you are reading.  Can you please teach me?”  It was amazing.  I said, “YES!” Let me show you what it means.  So I began sharing with her that this was a prophecy from Isaiah the prophet, telling about the Meshiach (Messiah).  She put her hand on her heart, and wanted me to continue.  She was hungry to hear more and wanted me to continue.  She was speechless.  I kept reciting it with passion, and she was 100% engaged.

Then before I could get to verse seven, her phone began ringing like crazy.  She looked at her phone and said, “Oh no, I’m late for a meeting!  They are calling me and telling me I’m late… I need to go now… And then she got up from the table and was leaving.  I managed to take a quick picture with her and Faith.  She loved meeting Faith and talking with her.  It was really a precious meeting.  She had already given me her contact information before we departed.  She told me she lives in Tiberias (right near the hotel), and that anytime I come to her area, she wants me to come to her home, and if I need anything in the area, she will help me with anything I need.  I believe there was a battle taking place while she was being touched by the Lord as I was sharing these verses about her Messiah.  Please pray for her.  Her name is Anat.  I have her phone number and am praying that we can have another meeting and talk more.

These are the verses that were touching her deeply and visibly during our time together.

"He is despised and rejected by men,
A Man of sorrows and acquainted with grief.
And we hid, as it were, our faces from Him;
He was despised, and we did not esteem Him.

"Surely He has borne our griefs
And carried our sorrows;
Yet we esteemed Him stricken,
Smitten by God, and afflicted.
But He was wounded for our transgressions,
He was bruised for our iniquities;
The chastisement for our peace was upon Him,
And by His stripes we are healed.
All we like sheep have gone astray;
We have turned, every one, to his own way;
And the Lord has laid on Him the iniquity of us all. 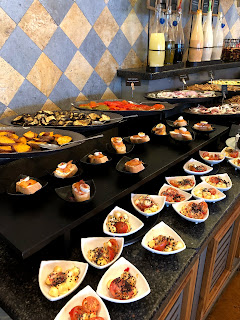 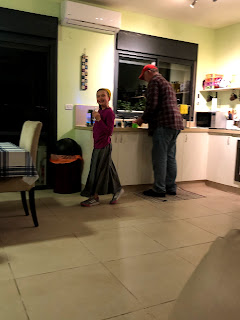 Bumped into some Adoption Airfare® Clients at ATL!

POSTED IN FLIGHT: Arrived in Atlanta to check in for our flights to #Israel, and guess what happened?! We got in line behind a team of orp... 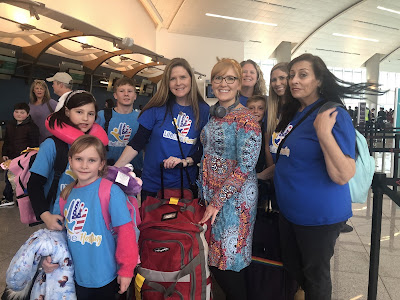